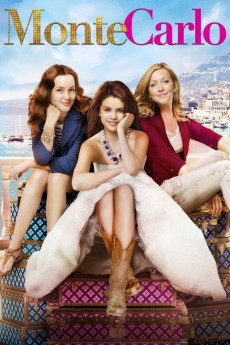 Action / Adventure / Comedy / Family / Romance Grace is a teenager from Texas who wishes to go to Paris after her high school graduation, so she and her friend, Emma work as waitresses to earn for the trip but fall short. Her mother and step-father, Robert offer to chip in. They say they can even send Robert's daughter, Meg along. But Meg is reluctant to go because she is still mourning her mother. But the travel package they got has them staying in a cramp room and their tour has them zipping by every sight. When they reach the Eiffel Tower, Meg meets a guy whom she connects with. That's when the girls notice their bus is leaving without them. They find themselves stuck in Paris and when it starts to rain they go into a posh hotel to dry off. That's when they run into Cordelia Scott and spoiled British heiress who is there on instructions from her family to take part in some charity event, who looks like Grace. But she decides to blow it off and go some where and not tell anyone. They make Grace look like her and make her talk like her, when they go out, the hotel staff thinking Grace is Cordelia takes her to Cordelia's room where the girls sleep. The next day the staff tells Grace whom they think is Cordelia that her car is here to take her to the airport, Meg wants to forget it but Emma who is having a good time decides to go. They learn that they are going to Monte Carlo which is where the charity event will take place. When they arrive the son of the organizer, meets them and Grace takes a liking to him but has to continue acting like Cordelia.